What former clients have to say about attorney Dean Goetz.


Read Jane U.'s review and All Dean A. Goetz Reviews on Yelp

Mr. Goetz took the time to talk to me, consider the unique and compelling details of my case, and believing that I deserved to be compensated for multi-dimensional losses I'd incurred as a result of another person's negligence and disregard, boldly signed on to the challenges of filing a suit in my behalf. He worked tirelessly and pored over my documentation as well as the video evidence. His courage and tenacity in defending the interests of a truly innocent, injured person are worthy of emulation. He is a true crusader for justice and an advocate for law-abiding bicyclists. Dean Goetz will work and fight hard for his clients. He knows the law and he is passionate in representing his clients. His efforts and strategy resulted in a fair settlement that made me feel 'whole' and vindicated.

He was able to turn things around for me. He was able to settle my case for the policy limits of $100,000 within seven months without filing a law suit. Also, he was able to settle approximately $62,000 in medical insurance and hospital liens which would have been taken from my settlement for $11,000, which saved me $51,000.

Provided an initial overview of my case that turned out to be right on the button as he negotiated a settlement in which I was accurately and promptly kept abreast of how the case was proceeding. A very effective advocate with a down-to-earth manner that facilitates communication.

Dean talked to me and my wife directly. He was always available to answer our questions via email or telephone. I highly recommend Dean Goetz, if you are injured and need a lawyer.

With his reputation as a highly skilled trial lawyer and his professional and complete case preparation the insurance company caved in. He is an amazing lawyer. I am so thankful for what he did for me. He is a hands on attorney who fought for me when I couldn't fight for myself. He was also able to get the doctors and the hospital to take less than than 50% of their bill which meant I got to keep more of the settlement money. Dean Goetz put more money in my pocket because he worked every angle to get me more money.

He hired the best experts and prepared them well for their depositions. He prepared me for my deposition so I was ready for every question they asked me. Mr. Goetz also got amazing admissions from the defendants which led to the settlement just before trial.

A good friend referred me to Dean Goetz. Attorney Goetz sued the negligent driver and my employer alleging that the accident was not in the course and scope of my employment so it was not covered by workers compensation. There were many motions and legal fights but we came out on top on all of them. A few days before the trial was to start Attorney Goetz was able to settle the case for seven figures.

My medical bills were $35,000 and the guy who rearended me had a $25,000 auto insurance policy. I had $15,000 under insured motorist coverage so the most I could get was $25,000. I would have gotten nothing but a friend referred me to Dean Goetz. Dean Goetz was able to reduce the medical bills to $6,500 so I was able to get a good recovery. I still can't believe how good a job he did for me. Dean Goetz is the best lawyer you will find. I highly recommend Dean Goetz to anyone who is injured in an accident.

I was riding right behind some other people so I did not see the hole. The City refused to pay my medical bills so I hired a lawyer to help me but when the City denied my formal claim he dropped me.

I hired Dean Goetz and he got me a great settlement. I have referred several other friends who were inured in bicycle accidents and they have all thanked me for sending them to the best bicycle lawyer in North County.

We couldn't settle the case so we went to trial in Vista and Mr. Goetz was able to get me a six figure verdict from a Vista jury. I was extremely pleased with the result and my experience with Dean Goetz. We became good friends during this process.

By working with Dean Goetz you can have control and participation in ensuring that your rights and interests are protected.

The electrical box supplied by the general contractor was not properly grounded. I did not have workers compensation coverage because my employer did not have it. Dean Goetz sued my company and the general for me and got my medical bills paid. I also recovered my lost wages and got some extra money for my pain. I am thankful that I had Dean Goetz on my side. 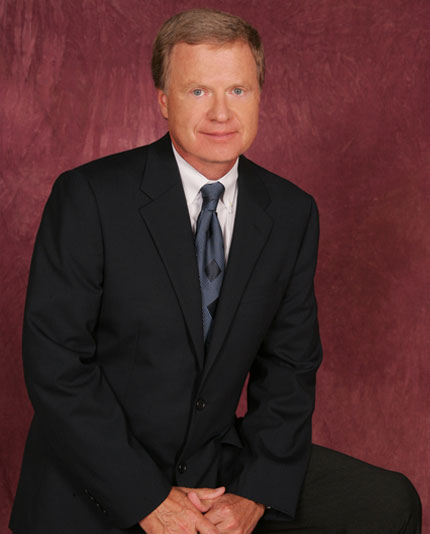